We made it through the first leg! Over 40 miles… and our legs still work!
Last night, in preparation for an early start on the first day’s ride, we camped at Sugarloaf Ridge State Park near Kenwood.  It was a nice campground, but pretty rocky for sleeping on the ground.Sunrise this morning was beautiful at Sugarloaf.  We got in after dark, but this morning we found our site was along a small creek full of birds.  During the night an owl was in a tree nearby; this morning the jays and songbirds were all making a merry racket.
We drove down to Sonoma to the starting point of the ride: the Sonoma mission, or Mission San Francisco Solano de Sonoma.  The mission didn’t open until 10am, so we started off with breakfast at the Basque Café Bakery.  I had an absolutely amazing Gateau Basque (Basque “cake” – a breakfast pastry) filled with custard and raspberry jam, and a great mocha.  It was packed with friendly, happy locals.
After breakfast, still waiting for the Mission to open, we took a stroll around the Sonoma Plaza, the site of the Bear Flag Revolt (where the rebels flew the original Bear Flag from which the modern state flag was derived).  There are a lot of neat old buildings around the Plaza. 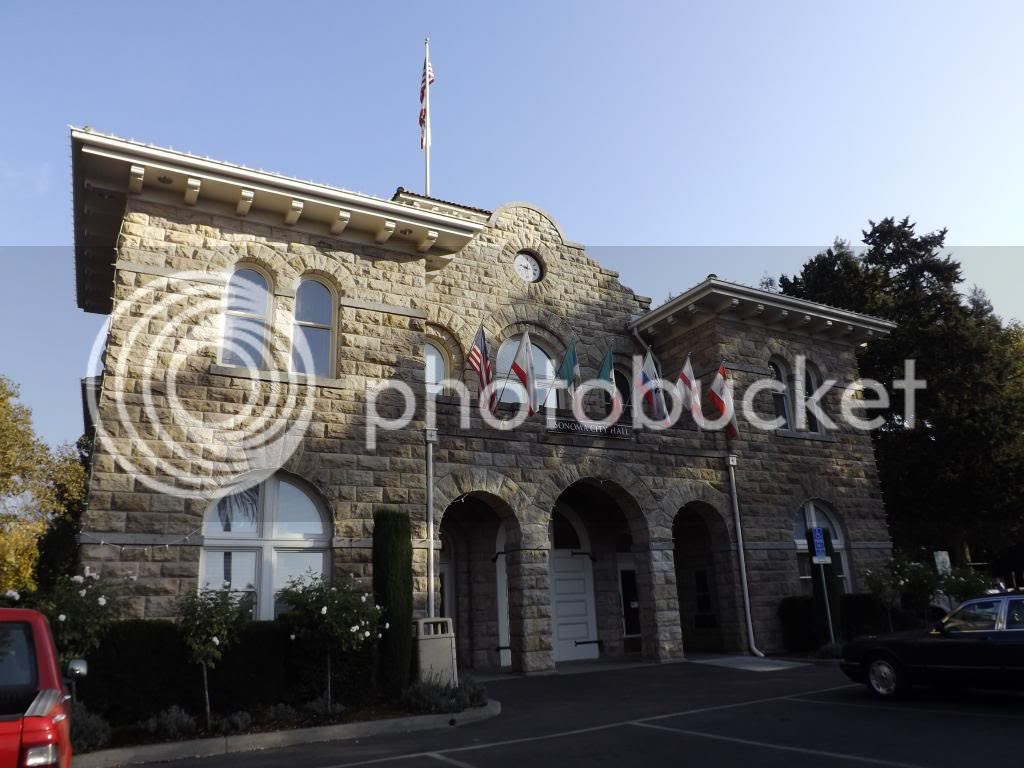 The Mission, also across from the plaza, is part of the Sonoma Historic Park, which also includes the original Barracks, two hotels, and some outbuildings, plus General Vallejo’s home a few miles away.  The Mission itself, with its very friendly and knowledgeable staff, was nicely preserved, although the original large chapel had long since been destroyed. 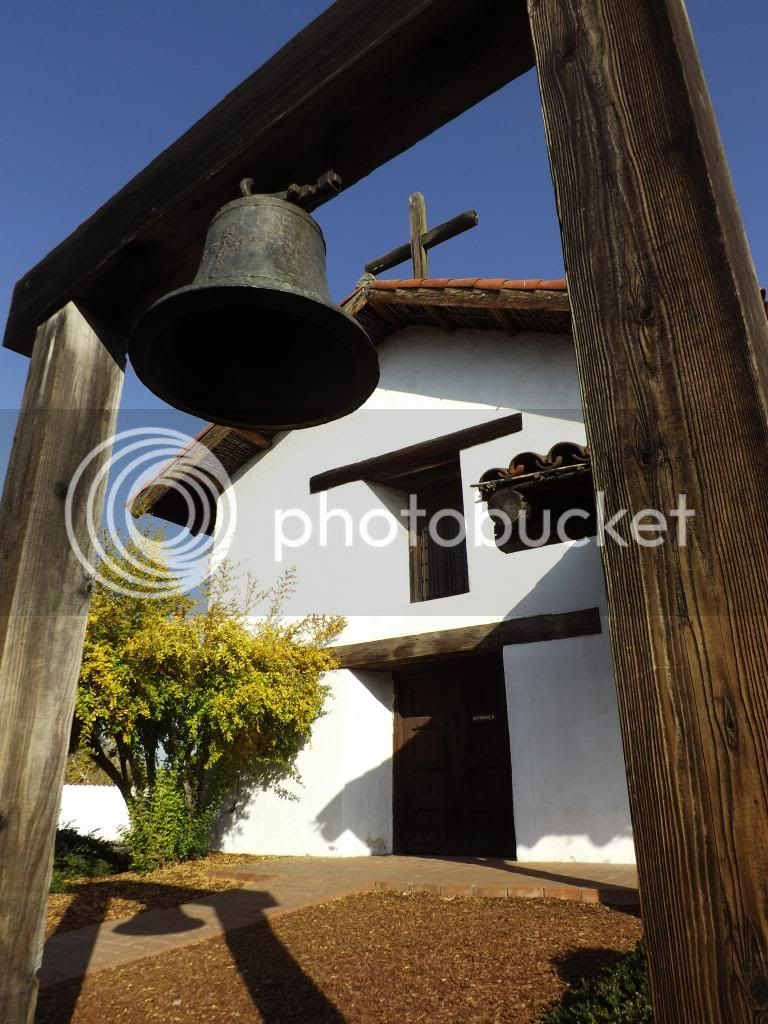 We finally began biking, travelling through the wine country, and stopping for a tasting at Robledo Winery.  The history of this winery is quite unique and inspirational: it is a fairly new winery, founded by a Mexican immigrant who saved up (while raising a large family!) to buy his own winery.  It has since won national recognition and many awards for their quality wines.  We tasted a flight of 6 wines, including a superb Zinfandel and the sweetest wine (a White Riesling) either of us had ever tasted. 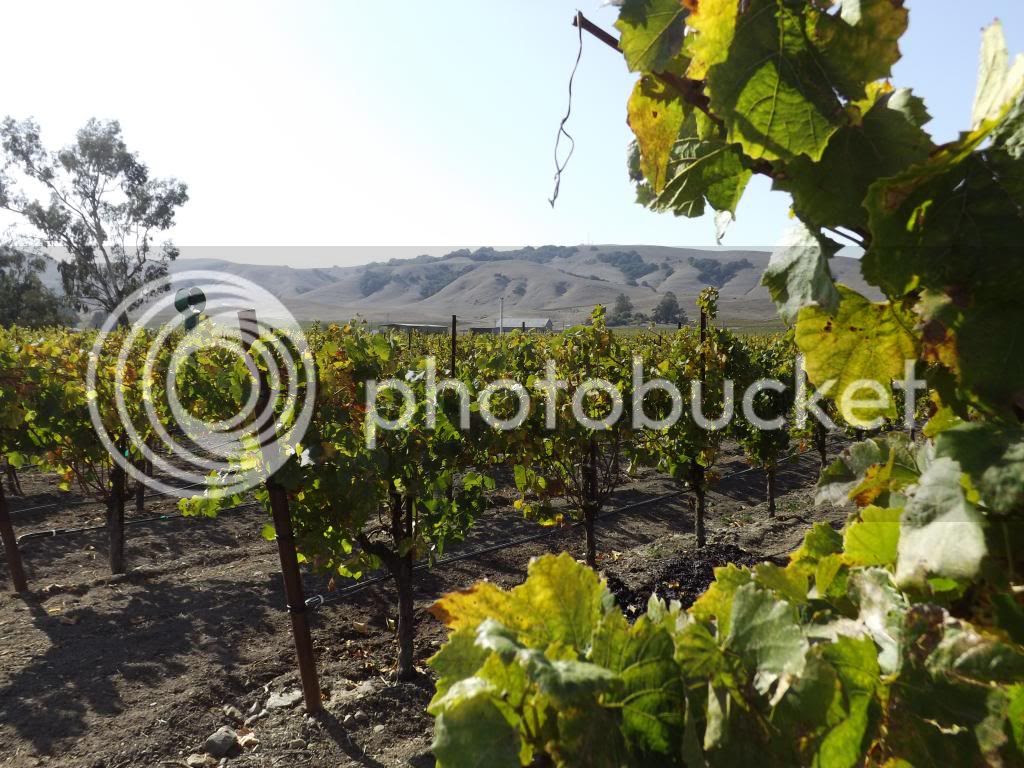 Continuing on, we stopped to tour the Petaluma Adobe.  I had not been sure when writing the guide book that it looked like it would be a very interesting stop, but we were ready for a break from riding and the cost of admission to the Adobe was included with that of the Mission.  As it turns out, it was really a great place to visit.  It was quite large (the largest adobe in the state, according to the volunteer), and you could walk up the stairs to see the top floor as well.  All the rooms were filled with period furnishings and such to make it look like it would have during its heyday.   I actually enjoyed it more than the Mission! 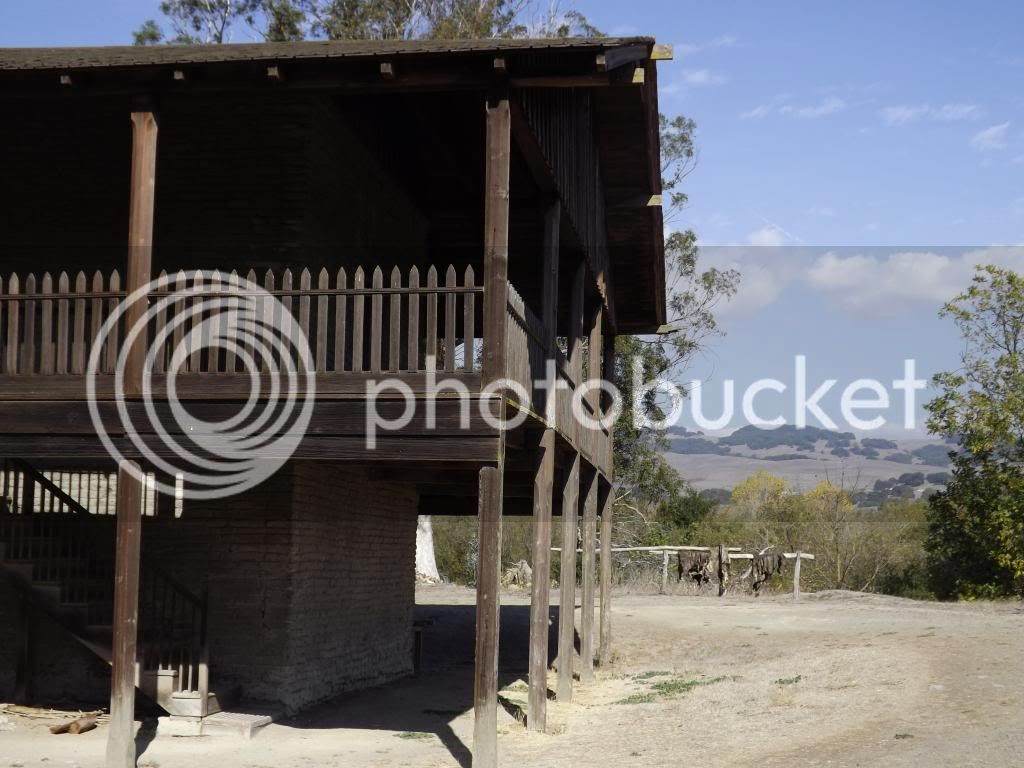 We stopped for lunch at the Old Chicago pizzeria (not the chain of the same name). It was housed a building in the historic district of Petaluma that had originally been a brothel.  Really great pizza in an interesting location!
Long ride after lunch, all the way to the campground.  It was perfect weather for riding, and gorgeous scenery for much of the way.  The campground is at China Camp State Park, nestled in the trees not far from the shore of the bay where Chinese immigrants used to catch shrimp in the late 1800’s and early 1900’s.
Tomorrow will be a bit shorter… and will include riding over the Golden Gate Bridge!